What you need to know about HIV 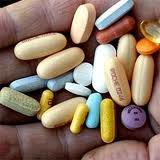 Over the years there have been misconceptions about HIV/AIDS. People do not realise that you can have HIV but not necessarily AIDS; it is possible to live a life with HIV.

It is understandable that these misconceptions are difficult to believe considering that HIV (Human Immunodeficiency Virus) attacks and destroys a type of white blood cell called a CD4 cell. This cell’s main function is to fight disease. This means that your body is fighting harder to keep a simple cold or flu at bay. So how can one say that living with HIV is possible?

One can live a substantially normal life with HIV, if one is responsible and healthy. One should bear in mind that when a person’s CD4 cell count gets low, they are more susceptible to illnesses. That is the reason AIDS (Acquired Immune Deficiency Syndrome) is the final stage a person is exposed to after being infected with HIV. This means that one does not necessarily die from AIDS but rather from AIDS-related illnesses such as Cancer or infections. Should a person’s CD4 cell count be less than 200 then one is considered to have AIDS. This information is obtained by taking a blood test at a doctor’s office.

The most effective treatment for HIV is Highly Active Antiretroviral Therapy (HAART) a combination of several antiretroviral medicines that aims to control the amount of virus in the body. Other steps include keeping the Immune System strong, taking medicines as prescribed, and monitoring the CD4 (white blood cells) counts to check the effect of the virus on the Immune System.

One has to take into account that, like with any treatment, there are benefits and risks involved. According to WebMD Medical Reference from Healthwise, Early treatment of HIV may have the following benefits: Decrease the severity of early HIV symptoms, Affect the rate at which the disease progresses, Reduce the rate at which the virus multiplies in the body, Preserve Immune System function, Lower the risk of drug resistance with complete viral suppression, Reduce the risk of HIV spreading, Extend life.

The Risks involved with early treatment of HIV are as follows: Cost a lot and cause side effects, Lead to drug resistance to antiretroviral medicines, which may limit future treatment options. Result in the need for continuing therapy indefinitely. Reduce future medicine options when HIV disease risk is highest. The ugly truth is that Antiretroviral therapy cannot substitute for prevention measures, such as condom use and safer sex practices. Even with early treatment, the risk of HIV transmission still exists.

Our Immune System wards off infections and fights foreign bodies entering our system. It is the reason we can fall ill and then become healthy again. When the body is under attack with HIV; it becomes substantially more difficult to fight off a common cold for example. But one should always have faith in knowing that the body is an amazing machine. Should one support the body with healthy food, nutritious beverages, adequate vitamins and minerals, correct treatment; it has the ability to regain its strength. People have chosen to live with HIV by choosing to live a healthy and responsible life. They just have to be more careful than others but by doing so they choose to live a happier and healthier life, it is possible. Start looking forward to a full life and take the steps to ensure that your family is catered for in the event of your death or disability. By Adriana Levi