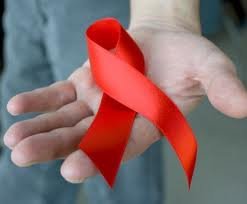 1st Fact
HIV is the acronym for Human Immunodeficiency Virus; the virus destroys healthy, good cells that supply the body with resistance against foreign bodies. As the virus destroys the so called white cells (CD4 cells) it weakens the immune system. The function of an immune system is to keep the body healthy and strong. The disease violates the body to fight against illnesses. As the virus progresses to the final stage of infection known as AIDS also referred to as Acquired Immune Deficiency Syndrome; the body is left powerless to opportunistic illnesses such as Pneumonia and Cancer.

2nd Fact
A person can only contract HIV from a person who is already diseased with the virus. The ways to contract the deadly virus is by having unprotected sexual intercourse, either vaginally or anally, with an infected individual’s. Surprisingly enough drug addicts are predisposed to the disease should they use a needle or syringe that is polluted with the virus. This will occur if a needle or syringe is injected by a person with HIV and shares the contaminated instrument with another person. A mother who has HIV can pass the virus onto her child. This can occur while her baby is inside of her, during delivery and even while feeding the baby with mother’s milk.

3rd Fact
HIV/AIDS is a pandemic that has spread across the world effecting close to 34 million human beings. The disease will continue spreading should individuals not choose to use a medical aid or life cover that protects people living with HIV/AIDS. Educating people and children about the deadly virus will minimise the spread of the virus. By being responsible and using condoms during sexual intercourse will prohibit the disease from spreading from one person to the next.

4th Fact
One can live with HIV for over 10 years without being aware of it; when the immune system has been weakened to a degree where it cannot protect itself against any illnesses, AIDS related diseases will claim ones life. It has claimed the life of millions internationally and the number of deaths due to HIV/AIDS is escalating. Getting an HIV test is the only sure way of knowing if you have the disease and prevent it from spreading to another person.

5th Fact
Throughout the years researchers have found a drug that can delay the virus from aggressively destroying white cells. A type of white cell (CD4 cell) is responsible for keeping the body healthy. The treatment is referred to as AntiRetroviral Therapy which is administered to people already infected with the virus. The virus occurs in stages: acute retroviral syndrome, chronic and AIDS which is the final stage. The treatment can be used during any of the phases; however starting as soon as the disease is in the body will be most beneficial. The treatment stops the virus from spreading through the body and gives the white cells the opportunity to increase immunity against the disease. This extends a person’s life and strengthens the immune system against illnesses.

6th Fact
The treatment of HIV to infected people is effective; however despite the availability of the drug there seem to be very few active users. This will change the more people use life cover which includes health programs and access to AntiRetroviral treatment to HIV positive people.

7th Fact
The deadly virus affects children due to their mothers transmitting the disease to their children. The rate is escalating as many poor countries do not have access to the treatment which could benefit their children. Therefore millions of children’s lives are claimed by AIDS. As awareness increases so does the accessibility to the treatment offered at hospitals. Medical aid schemes and life cover offer policies to HIV positive people.

8th Fact
Even though children are susceptible to contracting HIV from their infected mothers it doesn’t mean that they too have to live with the virus. In fact children can be completely healthy and HIV negative if the correct treatment is provided to them at the right time. Cheap medical aid cover and life cover are affordable and can prevent the spread of HIV from a mother to her child.

9th Fact
Despite the fact that the last stage of an HIV infection, namely AIDS can kill a person. The main reason people die of AIDS is generally due to related illnesses that infected people develop as their immune system is too weak to combat any virus. These AIDS related infections include Pneumonia, Cancer and Tuberculosis (TB).

10th Fact
Prevention is better than cure and this stands true for the prevention of HIV/AIDS. By using condoms, taking regular HIV tests, abstain from using contaminated syringes and needles you can save your life and the life of others.

Should you already be infected by the virus then investing in a reliable medical aid, hospital plan or life cover for HIV positive people can save your life. By Adriana Levi