You do not die from HIV, so what does it do? 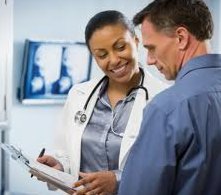 The Human Immunodeficiency Virus, more commonly know as HIV, is a virus which has caused one of the world’s most catastrophic pandemics. The HIV infection causes the immune system to deteriorate – providing the perfect environment in which opportunistic diseases prosper.   Everything about this fatal virus is simplified below.

The HIV infection is transmitted from an infected person to an uninfected person through the direct exposure of bodily fluids. These fluids include blood, semen, vaginal fluid, pre-ejaculate, or breast milk.

The most common reasons for the transmission of the HIV infection are: unsafe sex, sharing of infected needles, breast feeding and transmission during child birth.  Transmission through blood transfusions is less frequent nowadays, however, it does occur.

Once HIV cells have entered into the bloodstream, they need to attach onto the lymphocyte’s – white blood cell’s – membrane. All living cells have specialized proteins on their surface. These proteins are called receptors. On T-lymphocytes there are at least two receptors to which a ligand, or HIV cell can fit (similar to a key (HIV cell) entering into a lock (lymphocyte)). In order for infection to occur, the HIV cell must attach to the lymphocyte’s membrane using both of these receptors.

The HIV virus operates like all other viruses. Once the HIV cell has attached to the lymphocyte, the two membranes are able to fuse together and all the contents of the HIV infection enter into the lymphocyte’s cytoplasm.

Companies around the world are seeking an HIV vaccine to protect the World’s population from the HIV pandemic and what is currently the most dangerous disease threatening the very survival of the human race.