Living with HIV – Tradition VS Truth 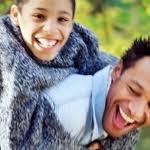 One would think that living in a developing country with a global influence would alter the perception of one’s Health and Wellbeing. Living in South Africa with HIV/AIDS is no longer a subject which is ignored.

We need to consider statistically that being HIV positive is no longer linked to a specific race, gender, social ranking, economic growth or country. Over 33 Million people worldwide are infected with HIV/AIDS. Now more than ever human beings are more promiscuous and less careful with whom they share their bed. In recent studies it has shown that internationally people within the age bracket of 16-45 are most susceptible to becoming HIV positive. As we know the most common way to contract HIV (Human Immunodeficiency Virus) is sexually with a person who already is infected with the virus, using the same needle as an infected person to inject drugs. Thus far a positive HIV status has claimed many lives and only recently a ‘cure’ has been found. Anti Retroviral drugs are issued to human beings living HIV/AIDS; the drugs are known to minimise the spreading of the virus and to boost the Immune System. The actual virus targets the Immune System, limiting the amount of CD4 (white cells) to an infected area, as that is how the body heals itself. The virus literally eats away at the body depleting its only resource to heal. Hence the acronym A.I.D.S i.e. Acquired Immune Deficiency Syndrome which is the effect of being HIV positive.

The questions to ask then are ‘why is it ongoing and how can it be stopped?’ looking at traditional people in Africa and South Africa their belief is to procreate, having a large family represents a new generation which will carry the ancestral teachings for their children to learn. This is understandable given the fact that the traditional people knew how to use their land to survive. Unfortunately given the Western influence, many valuable lessons have been lost. Leaving tradition behind it has left many cultures disconnected. However in some African cultures, if not most, some traditional influence has remained. Men are treated as superior and therefore their opinion isn’t questioned. Leaving women vulnerable and at the mercy of their husbands or boyfriends’ dominance, unprotected sex is the norm. Educating an emergent community about HIV, using condoms and shifting the perception of unprotected sex to the danger and reality of the virus, is what will save and protect generations to come.

But what about Westerners and their perceptions, why is there an increase in HIV infected people in developed countries? Many people assume that contracting HIV/AIDS only exists amongst the poor and uneducated, however this naivety is exactly the reason HIV has become an epidemic. Sexually active teens are less likely to be careful, teen pregnancies are rife and therefore it becomes the breeding ground for an opportunistic virus to spread. Amongst married people, one trusts that one’s partner is faithful and therefore it is a given that when you’re married, it is safe enough to have unprotected sex. However this is another myth as couples nowadays are no longer monogamous. Despite this being in the minority it is another reason the virus has spread.

Living with HIV/AIDS and facing the reality of its viciousness boils down to using Anti Retroviral drugs, eating healthily, exercise and responsibility. If you are infected it doesn’t mean that the next person should suffer. As the latest South African axiom ‘be wise, condomise’! Personal responsibility, education, self respect and self preservation are key factors in preserving your Health and Wellbeing. Like they say, ‘prevention is better than cure’. – Adriana Levi

If you are HIV positive you need to consider the future of your dependents. Consider your options by completing the HIV insurance cover information request form below and be informed.