HIV treatments available in SA and how to access them 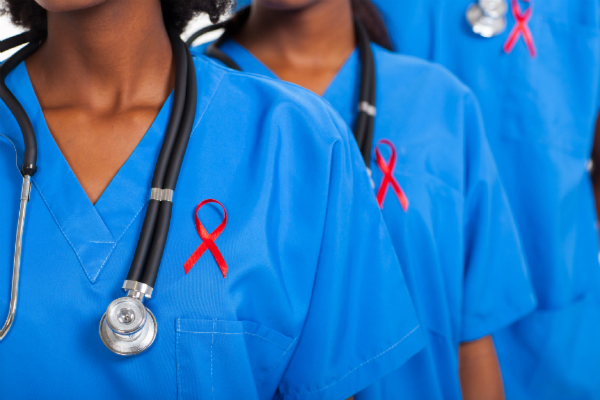 When addressing the matter of HIV treatment in South Africa and how to access them, various factors need to be considered. Primarily, the education and awareness of the disease, the demographics and the geographics, to name a few.

These salient points are addressed within this article in a circumspect manner.

The best HIV treatment is one which is prophylactic, which in this case refers to preferable abstention, along with educating people about healthy sexual practice from as young as possible.

The delivery of such education contra indicates a sanctimonious approach and attitude. Thus, dispensing knowledge needs to be done in a non-judgemental manner allowing people to engage in discussion that will invite audacious flow, open and safe communication.

While the sentiment of prevention being better than cure may be quelled, if not absent, within some communities, the need for diagnostics and HIV treatment are paramount. Driven by the anomaly of symptoms which the infected person encounters, it is at this point that the need for medical intervention is sought.

The genial delivery of educating people needs to obviate the many myths associated with acquiring, transmitting and treating HIV. It is evident that educating people is the salient starting point. Failing unprecedented education, the risk is tantamount to an indelible and formidable scourge. Bereft of knowledge, people are almost always propelled towards danger, irrespective of the meme.

Currently, less than half of infected people living with HIV are on treatment in South Africa. By implication, this indicates that over half of HIV positive people are not receiving any HIV treatment at all. Statistics indicate that there is an upward climb of HIV positive people throughout the world, which is growing exponentially.  HIV services that work effectively and address the individual needs of people living with HIV are essential to be implemented. Medication need to be supplied regularly along with motivating and educating people to stay on the medication.

The medical fraternity believes that the most effective way to treat HIV is by suppressing the virus by using antiretroviral therapy (ART). This must be taken daily. Essentially, this HIV treatment is chronic as it needs to be taken for the rest of the person’s life. It is this pill that suppresses the virus. As soon as someone is diagnosed with HIV, it is imperative that they should start taking ARVs.

By using ARVs religiously, the infected person may have a life expectancy tantamount to someone who is not HIV positive. ARVs work most effectively at giving HIV-positive people their health, peace of mind, quality of life, as well as a healthy sex life. Infected women on ARVs may even fall pregnant, bear children and breastfeed without the risk of transmitting the virus.

The South African government has taken a firm and positive stance to make ARVs easily accessible. The Desmond Tutu HIV Foundation have made it their plight to assist people living with HIV to access healthcare services. Until there is a cure, the intention is to get all who are infected onto ARVs.

The Desmond Tutu HIV Foundation provides a mobile health clinic. This is a noble way of reaching the indigent who live in the rural parts of South Africa, to gain access to their ARVs.

For many rural or isolated communities, clinics are difficult to access. Getting to a clinic to get prescriptions or medical attention, might require time off work or school. DTHF ensures that people with HIV are not discriminated against in any way for needing time off to get medication.

In South Africa, ARVs can be accessed for free which alleviates the economic burden that it could impose. The challenge for many South Africans, although not financial, is the accessibility to medication refills. This must be done at a clinic, yet transport can be unaffordable. Being dependent on the pill as one is, can be problematic if unable to access the drug.

South Africa has the biggest life-saving HIV treatment programme in the world, with more than four million people on HIV treatment. It is government’s policy that all HIV positive people get treatment.

This year a new drug has been launched making it the first time that only one pill be taken daily. Previously patients were subjected to taking 5 pills a day which in time reduced to 3. It deterred many from taking their medication. It is a great advancement to have achieved reducing the quota to one pill a day.

With the most recent introduction of Dolutegravir this year, it is encouraging to know that it is a highly effective antiretroviral, which is well tolerated by patients and has fewer side effects.

This drug is used in Europe and the USA. It is more pleasant to take than previous drugs like Efavirenz which had some severe side effects.

Unfortunately, is not the ultimate panacea that one would hope for. This still calls for better healthcare administration and ultimately, a cure.

People can’t develop a resistance to this drug. HIV drug resistance occurs when individuals do not take their medicines as prescribed. This gives the virus a chance to mutate to the point where the medications no longer work to suppress the virus.

Concurrent to the medical HIV treatment, it is important to provide a support system for the person who has been diagnosed as HIV positive. If one is conscientious about taking one’s drug daily, then being HIV positive is no longer the death sentence that it was initially thought to be back in the 1970s.

While researchers endeavour to find a cure, ARVs remain the only option for anyone with HIV. There are many charities, NGOs and free government services that are dedicated to assist people with HIV in obtaining their ARVs and helping them through the process.